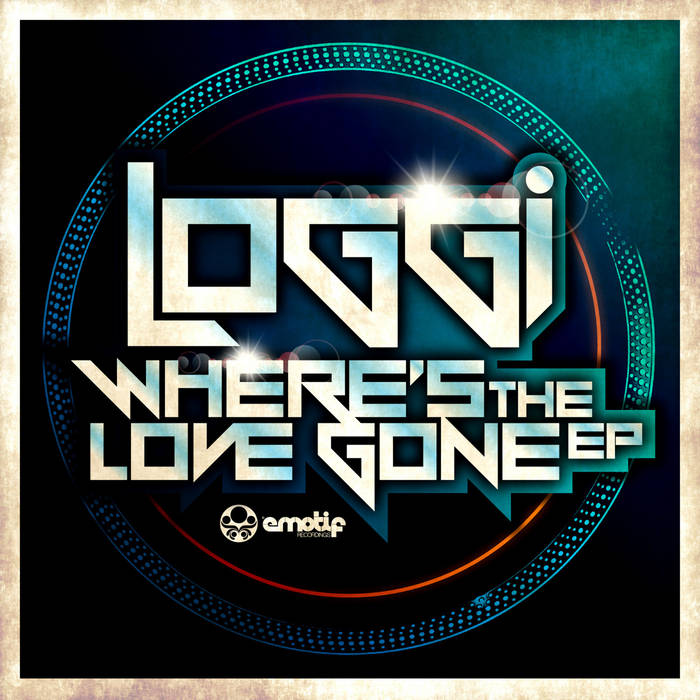 To coincide with Emotif's 20th anniversary year we are proud to present 'Where's The Love Gone', EP lead single to the album "Back To The Jungle". Produced by Loggi, back in 1995, for Emotif's parent jungle label, SOUR. SOUR released "I Don't Mind" featuring Elisabeth Troy and "Loggi's Life" featuring Viveen Wray as a single in 1995 and 4 other tracks appeared on various SOUR compilations worldwide, SOUR Cream, Junglism, Jungle Fever and the legendary Jungle Mania compilations, before the Album was licensed to London Records for a tidy sum. London records then sent Viveen and Loggi into the deepest darkest depth of the music industry jungle and till this day never released any of the music. Many blue moons later, Loggi managed to find the Bongo Natty river and made his escape back to reality to tell the tale.

Recently he went back on a daring mission to Rescue Viveen and the masters. Amen.

ps the track names have been slightly adjusted to keep the hunting dogs off the scent...
Incl 3 Remixes come in from Ray Keith, Lynx and Deependance (1995).

This five track EP begins with 2 original tracks from the LP and includes 3 remixes from Ray Keith, Lynx and an original slice of jungle history with 1995's Deependance Remix.

'Where's The Love Gone', illuminated with rave piano stabs and strings, and a stuttering broken beat that evolves over the track bringing us on to 'Shine Your Love On Me'. Another well crafted beat that takes things into the realm of drum and bass with heavier kicks and atmospheric synths.

'Where Has The Love Gone' gets a going over with Hospital's new 5 star artist, Lynx on the remix, beautifully crafted euphoric atmospherics that build on the original piano hook and strings lift this into a perplexing complex drum and bass number. Looks like a good year ahead for Lynx with his debut album due out this year.

Next, the Ray Keith remix of 'Shine Your Love On Me' is a demonstration of the producer on top form, with a warm expansive bass line over a muted sub woofer growl and extra depth given to the original vocals with reverb.

Deependance, from Nico's classic No U Turn label (Ed Rush, DJ Trace, Rymetyme, Pete Parsons), delivers a five and a half minute mid-90s organic bass driven original jungle roller of 'Where's The Love Gone' from the era of this EP's original release. It features an old school dub influenced sound with a generous sprinkling of time stretched vocals.