Hard To Carry On Jungle EP 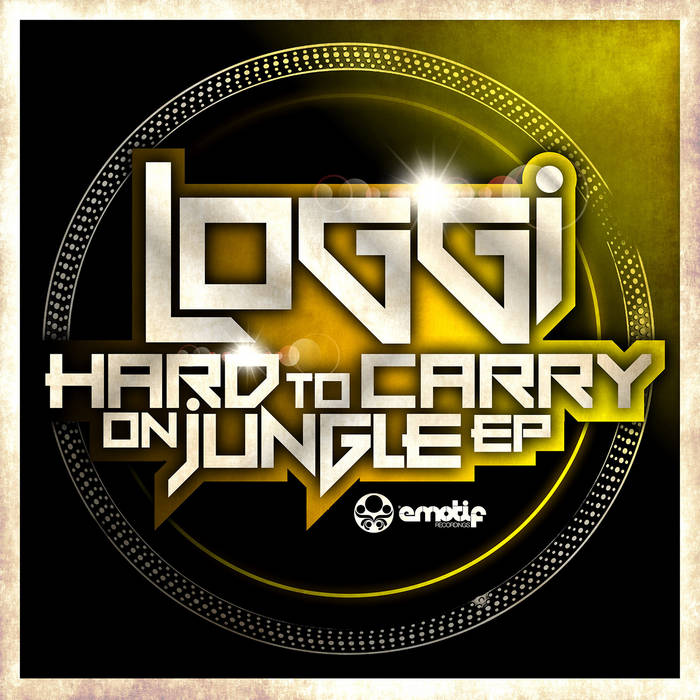 Loggi returns once more with a final EP from the “Back to the Jungle” LP, with 2 of the most heavyweight female vocal tunes of 1995! Taking us back to the days when jungle was fresh on the soundsystems (Vinyl only!) across London, Bristol, and Birmingham to Manchester and beyond!! Both here on one single! With up to date remixes from label mates D-Region & Code and Fireteam.

First up! ‘Hard To Carry On’ (Formerly “Now that your Gone”) demonstrates the lightness of the touch in 90s jungle with plenty of space to breath. A minimal touch is applied in anything above sub bass and it’s on this subterranean plane that the real party takes place on these tracks, with a focus on drums and churning bass. With a seminal vocal of biblical proportions from Viveen Wray that can’t fail to entrance any sailor onto the rocks of oblivion! This is the track, back in 95’ that got `Loggi from the jungle label SOUR a major deal with London Records for the above album which never saw the light of day!! Pete Tong made it his Record of the Week on Radio 1, also featured on the legendary Jungle Mania 3 Gold disc selling comp,

‘I Don’t Mind’ (When You Look That Way) Featuring the delicious ‘drop dead’ vocals of female jungle legend Elizabeth Troy and was the follow up single on SOUR to her massive jungle ballad “Greater Love” which became the sound of the summer of 95’ A track full of choppy, reverb-heavy broken beats.

The ‘Hard to Carry On’ (When You Look That Way) remix by London trio Fireteam is far from laid back, crashing down to planet earth like a bolide outer space, mighty synths and drums ensemble advancing over a melodious bassline progression. Bringing this classic tune alive and kicking into 2016 in their trademark style!
Plus I hear Loggi is doing a 2016 mix of this and working on new material for later in the year!

D-Region & Code take a chainsaw approach to ‘I Don’t Mind’, which starts as a spacious, flawless roller that naturally combines elegant musicality with the lush vox of Elisabeth Troy with the beats bringing beastly Amen undertones. Presenting itself through an hallucinogenic hailstorm of a soundscape, this track seeks to soften the space-time continuum with a heady blend of pop corn spitting beats and snarling bass, taking Loggi to the dark side of the jungle where others fear to tread!!

Code has been battering this on his Kool FM 5am Saturday session!